I picked up two exceptionally well-spoken ladies, who had enjoyed an excellent play at the theatre.

We discussed the play, driving and traffic, satnavs, and the perils of being a pedestrian, amongst other things.

One lady asked me where I live. I told her, and mentioned how much my partner and I had enjoyed seeing a deer in our neighbour’s garden. I also mentioned that I had seen an otter while driving home, two weeks earlier.

“An OTTER!” the lady exclaimed joyfully, in her cut-glass accent. “How lovely! Oh, I love otters!”

“They are beautiful creatures,” I agreed. “It was a treat to see one.”

The lady continued, “When I was a little girl, my father was Master of the local Otter Hunt. It was great sport!”

“Yes!” the lady continued. “I loved it when they found one! Such lovely creatures!”

“What happened to the otters once they had been found?” I asked, wondering if I was missing something.

“Oh, well, they would be taken to the vets, and… well, you know!” the lady explained. “They were considered terrible nuisances back then. Of course, these days, they are an endangered species.”

I picked up two girls from the outskirts of Norwich, and returned them to their home in Dereham. The fare was £25. They had decided, on a whim, to come into Norwich for a few hours, by taxi. Their total expenditure on taxis for the evening was £50. The purpose of their visit? To have a McDonalds.

Am I in the wrong job, or the right one?! 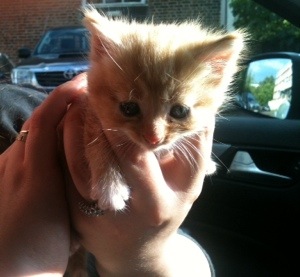 I picked up a bubbly and very entertaining Filipino lady, who had been living in England for 3 months, working as a carer for the elderly.

We talked about her experience of England, and what a powerful learning curve it is to live and work in a country which has a different first language to your own native tongue.

Her English was good, and I remarked upon it.

“Oh, I am learning,” she replied modestly. “English has many difficult words.”

“Such as…?” I prompted her gently.

“Wobbly!” she enunciated carefully. “One day, one of my colleagues told me that one of our elderly ladies was feeling a bit ‘wobbly’ and I didn’t understand what she meant.”

I laughed, enjoying how she pronounced “wobbly” in her lovely accent. We discussed different contexts in which the word could be used.

Then, she said, “Sometimes I get things wrong, and I make my colleagues laugh a lot.”

“Yes,” she continued. “The other day, a lady at our home had a bad chest. She had a lot of congestion. My colleague said to me, “She might need a good cough”.”

“But I misheard her,” said my lovely passenger, with a rueful smile.
“I was SHOCKED! I said to her, ‘What? WHAT?? She needs a good COCK?’!!”

I just had a very lively carful of three young lads and a girl, talking about job opportunities and their plans for work and holidays.
The lad in the middle decided to include me in the conversation.
“Have you lived here all of your life?” he asked.
“No,” I replied. “I lived in Manchester for 8 years.”
“Manchester?!” he exclaimed. “What did you do there?”
“I studied Zoology at Manchester University,” I told him.
“You did ZOOLOGY?! Oh my God, that’s so cool.”
He turned to his friends, “She can revive ZEBRAS!!”

I went to pick up a customer from a local pub. A group of people were standing outside, smoking and talking, and a short way away, a woman was standing by herself, casually waiting for a taxi. She was striking, with funky pink hair, and interesting clothes. As I pressed the “ringback” button on my datahead, I glanced at her again, and suddenly realised that her face and top were covered in blood.

I ran my eyes over the group near her. A blonde woman was standing amongst them, next to the large male bouncer, and she, too, had gouges and blood on her face, head and clothing. The two women had obviously had a vicious fight, been separated, and woman with pink hair was now making her way home. The bouncer clearly had the situation under remarkable control.

The woman with the pink hair came to my window. “Are you going to …..?” she asked calmly, naming a road in the city centre.

“Sorry, but no,” I replied, truthfully, and she retreated back to the doorway before I could say anything more. My mind whirred, but then my customer appeared. I switched into taxi driver mode, and whisked him home, without mentioning what I had just noticed. Several other customers followed in quick succession, and the incident faded to the back of my mind.

Some time later in the evening, I picked up a lively, tattooed woman with gorgeous, shiny hair. “So what have you been up to tonight?” I asked.

She smiled. “I’ve been up the Brickmakers pub for a charity event,” she explained. “We’ve been filming scenes for The Norwich Zombie Project. There were loads of people made up as zombies, with fake blood and everything. It was great!”

I burst out laughing, and explained what I had seen earlier. Relief washed over me as I realised that what I had thought was the aftermath of an exceptionally brutal fight was nothing more than excellent makeup! Phew. It also explained why everyone was so unbelievably nonchalant, including the women with the hideous injuries!

I pulled up outside a betting shop, to pick up a customer. A good looking man appeared at my driver side window. I pressed the button, and my window whizzed down.
“Are you here for me?” he said hopefully.
“Possibly,” I smiled. “Where are you going to?”
He named an area of Norwich.
“Oh, sorry,” I said. “I’m booked to go to Dereham Road.”
The man looked disappointed.
“What a shame,” he said. “I saw your beautiful hair, and hoped you had come for me.”
With that, he took his car keys out of his pocket, unlocked the door, and drove away.

I took a £10 hit on a fare to help a homeless man get his medication from a late night pharmacy. Good deed done. Karmically, I’m not sure what went wrong… later in the night I had to evict 4 obnoxious students from my cab, having already warned them once about their behaviour. I returned to the UEA and someone spat on my driver side window. Already riled from the obnoxious lads, it was indeed fortuitous that I didn’t see who did it.

I returned to the city to witness the aftermath of a mass brawl, and my subsequent passengers embedded chewing gum into my back seat. This was spotted by my next passenger, a lovely gay man, who asked me how my night had been, and was most sympathetic as I recounted the events.

“It’s so nice to have a taxi driver who isn’t moody,” he said. “You’re clearly a positive person, because even after all that, you’re not moody.”

This was true. We carried on chatting.

“It could be worse,” he continued. “I’m wearing a pair of £60 jeans, and I decided to do a slut drop on the dance floor. I must have put on some weight, because when I did it, the crotch seam split open. My Mum had already sewed them up once, but hadn’t reinforced them. How do you tell your Mum that you need the crotch reinforced in case you decide to do a slut drop?”

It’s passengers like him who help revive a flagging evening.

was recently rendered speechless by a mother of teenage children, who was a customer in my taxi. We were talking about young people and their drinking exploits.

“Alcohol is weird,” she said. “It’s almost like they put something in it to make you drunk. Like a drug, or something. But it’s only a liquid.”

I was, and remain, utterly dumbfounded.

One night in October 2013, I was having a quiet night at work. So quiet, in fact, that I unwrapped the little packet of Love Hearts that were left in my car (along with a lollipop) by a customer who happened to be a recently released armed robber.

(Other tips that I have been gifted include a packet of truly delicious bacon; a CD of a local group, donated by said local group; a CD of a young female rapper, donated by herself; a Magnum (as in the ice cream, not the weapon), and a truly splendid Christmas jumper, donated by one of Gary Newman’s road crew!)